Press LEFT and RIGHT arrow keys on your keyboard to navigate the slideshow.
Double click on the slideshow to view in fullscreen mode. 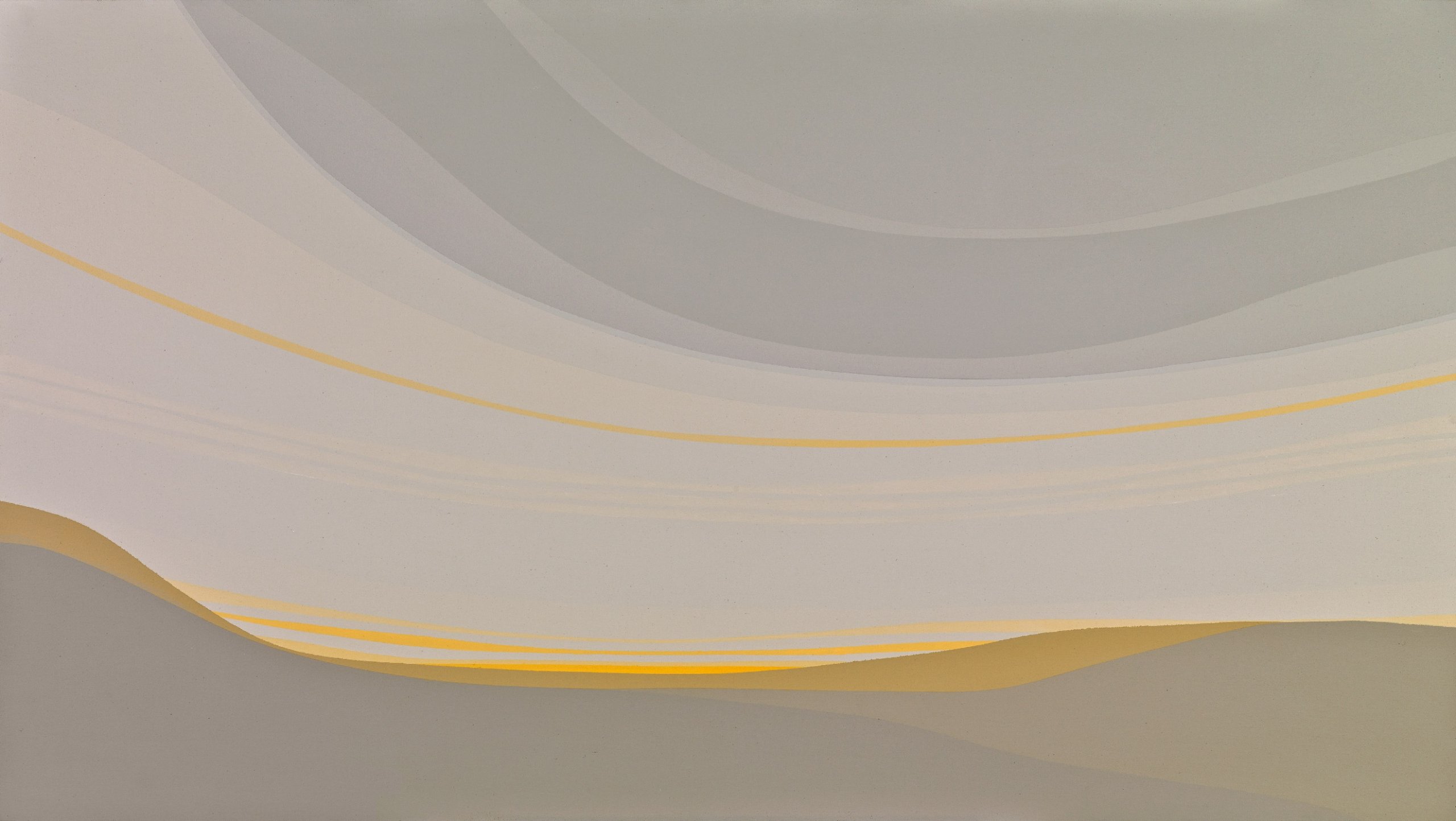 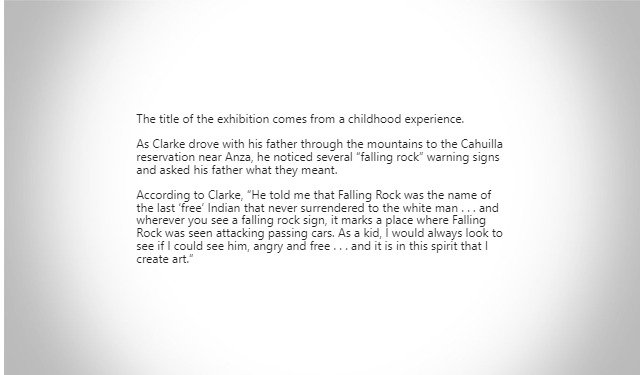 Helen Lundeberg was raised in Southern California and decided to pursue a career as an artist after taking a course at the Stickney Memorial School of Art in Pasadena taught by artist Lorser Feitelson, whom she later married.

Lundeberg was a founder—along with Feitelson—of Subjective Classicism, also known as Post-Surrealism. In 1934, the two wrote a manifesto distinguishing their movement from European Surrealism with its focus on the unconscious mind. Post-Surrealism, on the other hand, intended to guide viewers through imagery towards deeper meaning.

In the 1950s, Lundeberg began to explore geometric abstraction, creating works that hover between abstraction and figuration, using restricted colors and palettes. In the 1960s and 1970s, her work focused on landscapes, interiors, still lifes, and planetary forms, and her last body of work, created in the 1980s, featured landscapes and architectural elements. 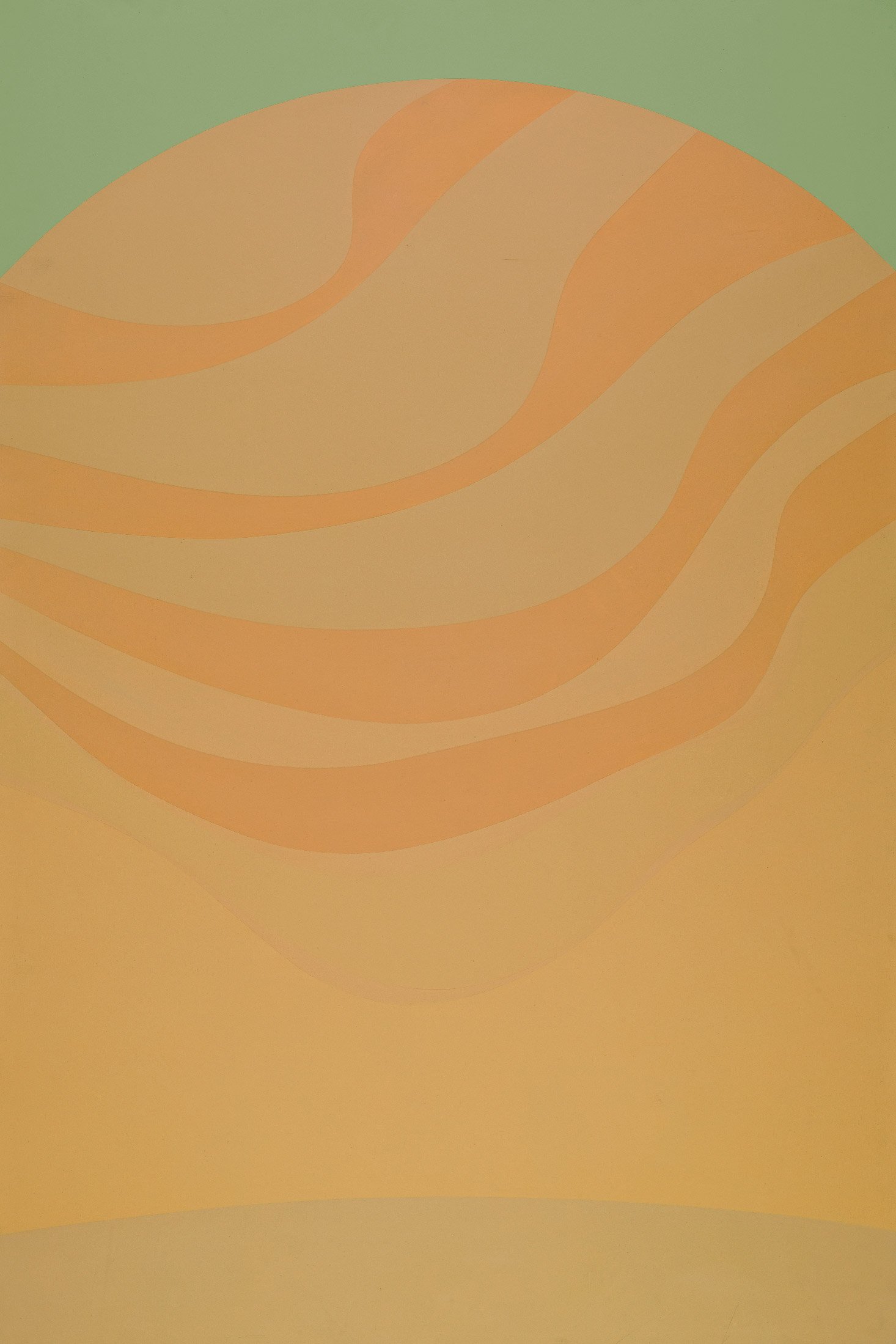 In Planet Rising she returns to planet imagery—a subject which had interested her since her early Post-Surrealist work. She deploys rationality rather than emotion in this piece, applying her fascination with order and structure through the cosmos and planetary movements in combination with the otherworldly desert-like landscape below. 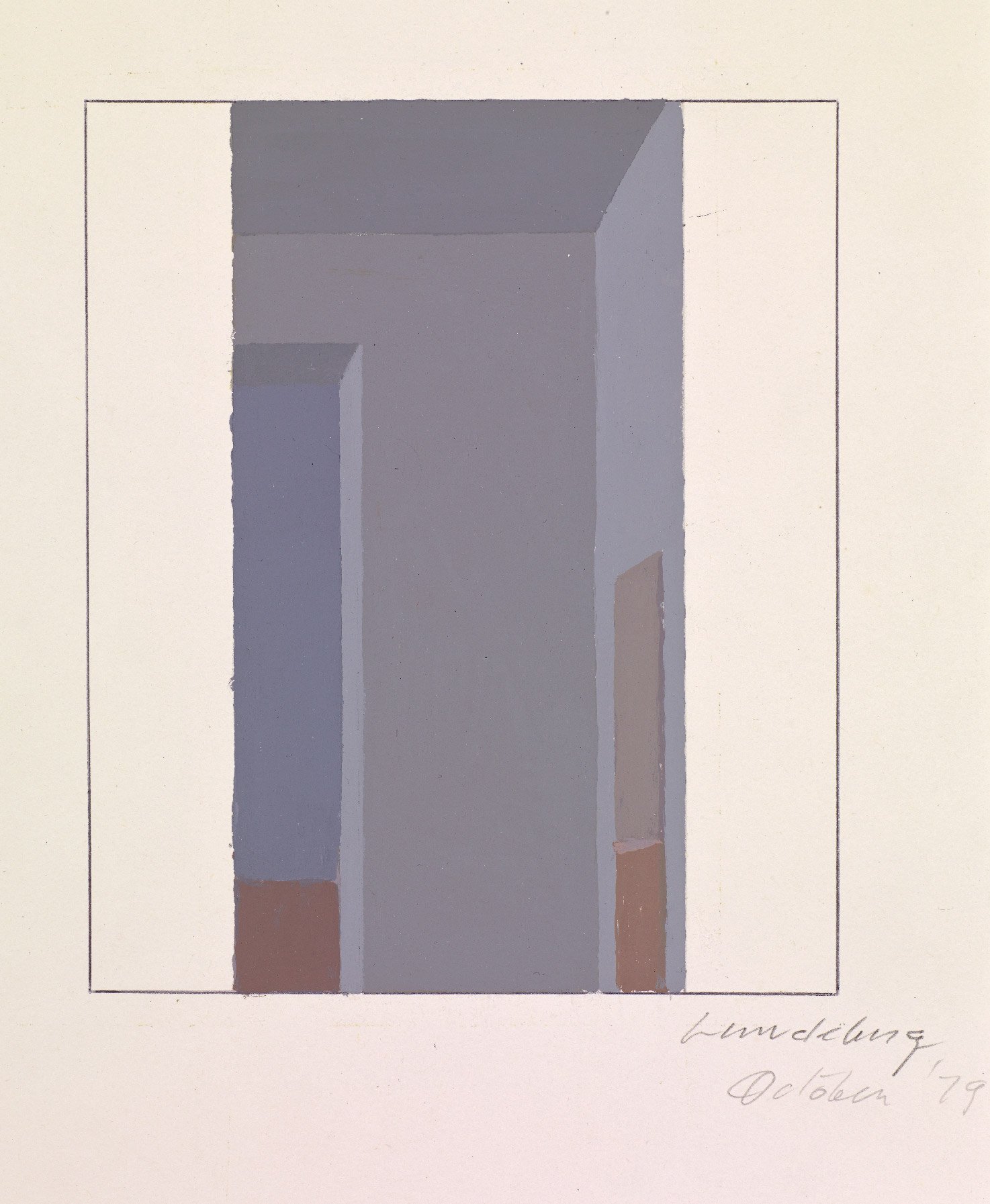 Palm Springs Art Museum is fortunate to have seven paintings and two works on paper by Lundeberg in the collection. 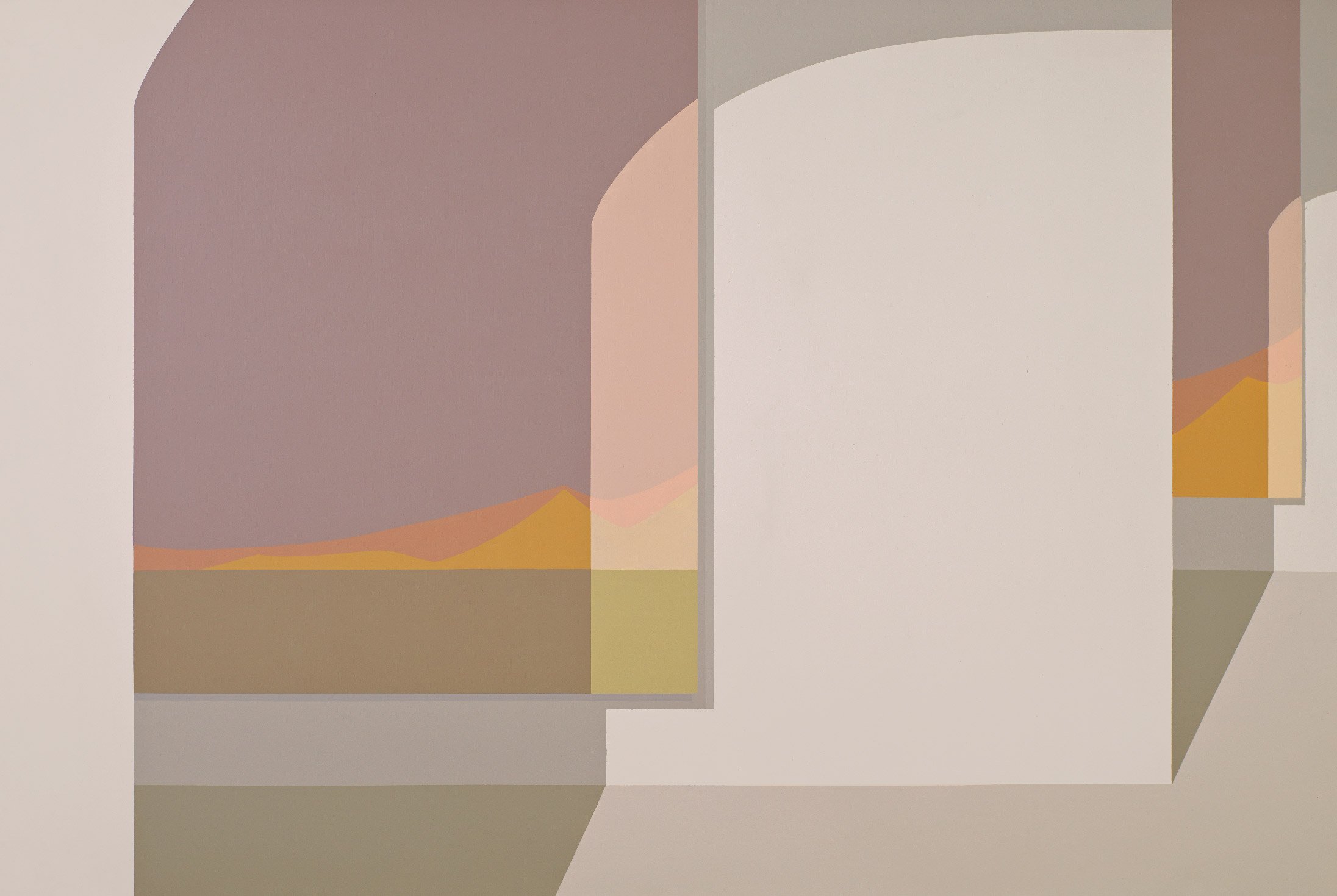 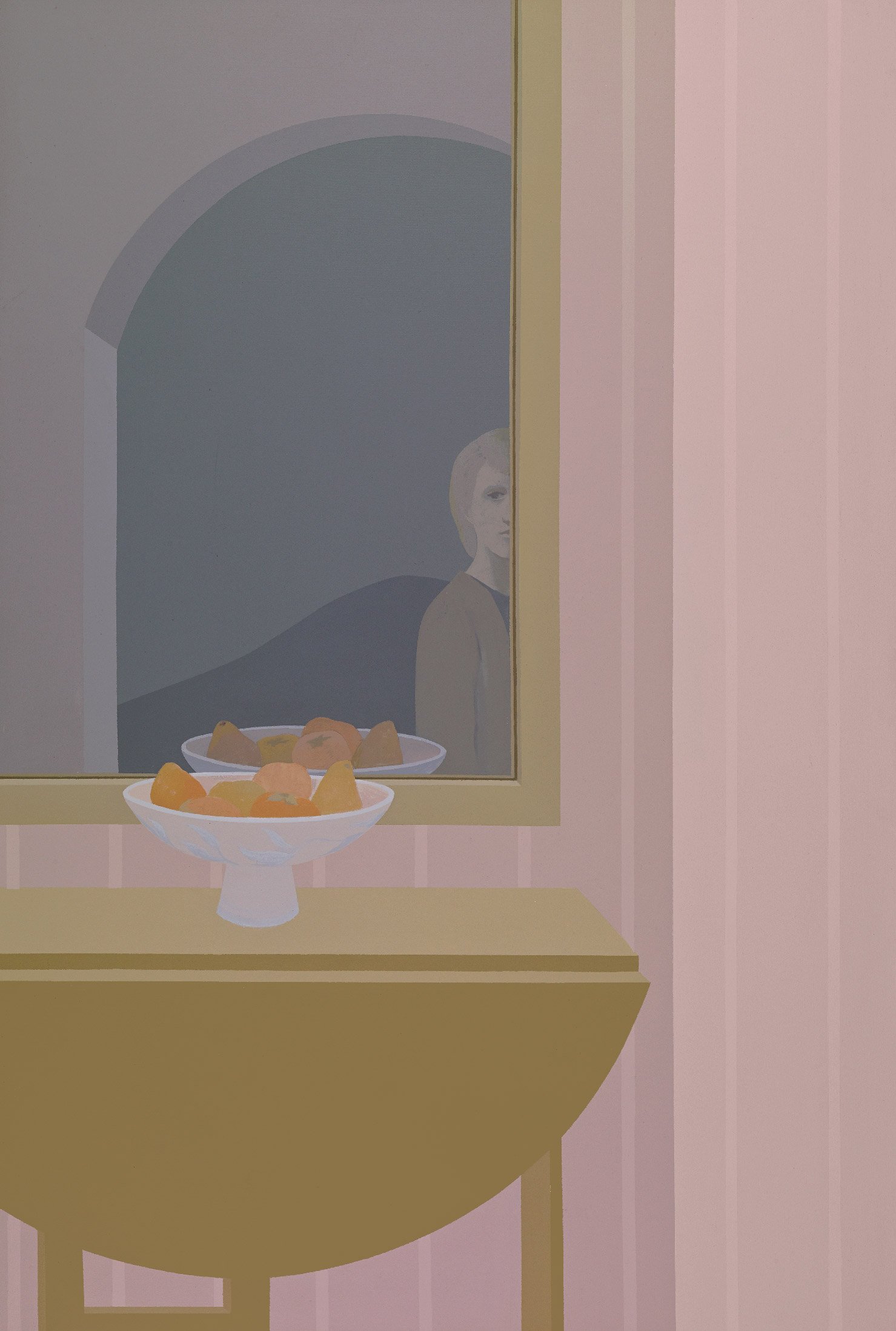 In 1983, Palm Springs Desert Museum organized Helen Lundeberg Since 1970. The exhibition included a small catalogue with Interior with Two Paintings on the cover; this painting was purchased by Dr. and Mrs. Alan Leslie from the show and later donated to the museum. This exhibition introduced the Leslies to her work and they also later donated Reflections.

Helen Lundeberg donated Grey Interior III to the museum in 1984, in appreciation for the museum show that helped support the career of this under-recognized woman artist. 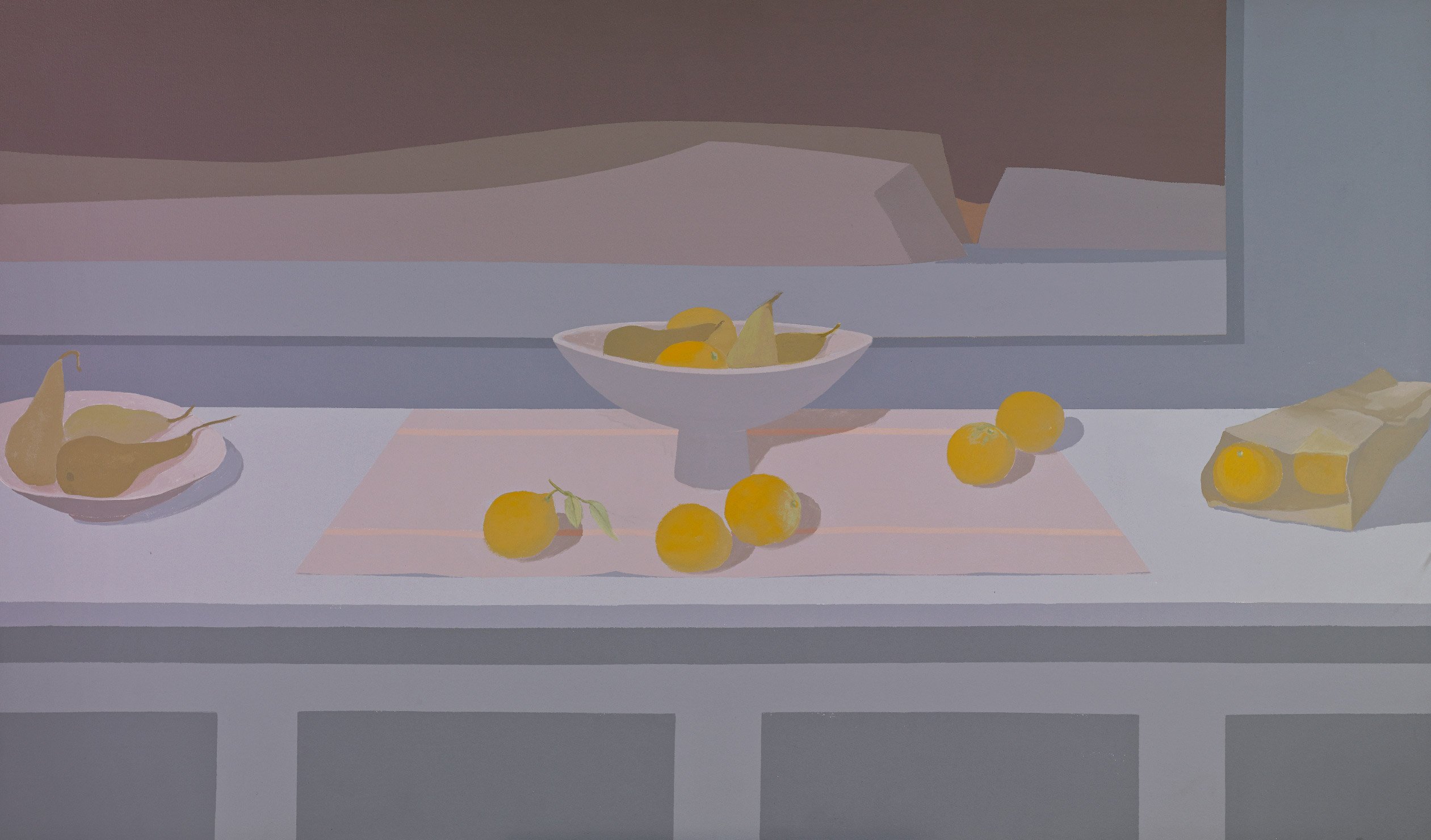 In 1988, the museum’s Women’s Committee gave the Lundeberg Woman of the Year Award and purchased Still Life with Pears.